All these and more came flocking; but with looks Down cast and damp, yet such wherein appear'd Obscure some glimps of joy, to have found thir chief Not in despair, to have found themselves not lost [ ] In loss it self; which on his count'nance cast Like doubtful hue: but he his wonted pride Soon recollecting, with high words, that bore Semblance of worth, not substance , gently rais'd Thir fainting courage, and dispel'd thir fears.

All in a moment through the gloom were seen Ten thousand Banners rise into the Air [ ] With Orient Colours waving: with them rose A Forest huge of Spears: and thronging Helms Appear'd , and serried shields in thick array Of depth immeasurable: Anon they move In perfect Phalanx to the Dorian mood [ ] Of Flutes and soft Recorders; such as rais'd To hight of noblest temper Hero's old Arming to Battel , and in stead of rage Deliberate valour breath'd , firm and unmov'd With dread of death to flight or foul retreat, [ ] Nor wanting power to mitigate and swage With solemn touches, troubl'd thoughts, and chase Anguish and doubt and fear and sorrow and pain From mortal or immortal minds.

Thus they Breathing united force with fixed thought [ ] Mov'd on in silence to soft Pipes that charm'd Thir painful steps o're the burnt soyle ; and now Advanc't in view, they stand, a horrid Front Of dreadful length and dazling Arms, in guise Of Warriers old with order'd Spear and Shield, [ ] Awaiting what command thir mighty Chief Had to impose: He through the armed Files Darts his experienc't eye, and soon traverse The whole Battalion views, thir order due, Thir visages and stature as of Gods, [ ] Thir number last he summs.

Thus far these beyond Compare of mortal prowess, yet observ'd Thir dread commander: he above the rest In shape and gesture proudly eminent [ ] Stood like a Towr ; his form had yet not lost All her Original brightness, nor appear'd Less then Arch Angel ruind, and th' excess Of Glory obscur'd : As when the Sun new ris'n Looks through the Horizontal misty Air [ ] Shorn of his Beams, or from behind the Moon In dim Eclips disastrous twilight sheds On half the Nations, and with fear of change Perplexes Monarchs.

Dark'n'd so, yet shon Above them all th' Arch Angel: but his face [ ] Deep scars of Thunder had intrencht , and care Sat on his faded cheek, but under Browes Of dauntless courage, and considerate Pride Waiting revenge: cruel his eye, but cast Signs of remorse and passion to behold [ ] The fellows of his crime, the followers rather Far other once beheld in bliss condemn'd For ever now to have thir lot in pain, Millions of Spirits for his fault amerc't Of Heav'n , and from Eternal Splendors flung [ ] For his revolt, yet faithfull how they stood, Thir Glory witherd.

He now prepar'd [ ] To speak; whereat thir doubl'd Ranks they bend From wing to wing, and half enclose him round With all his Peers: attention held them mute. Thrice he assayd , and thrice in spight of scorn, Tears such as Angels weep , burst forth: at last [ ] Words interwove with sighs found out thir way.

O Myriads of immortal Spirits, O Powers Matchless, but with th' Almighty, and that strife Was not inglorious, though th' event was dire, As this place testifies, and this dire change [ ] Hateful to utter: but what power of mind Foreseeing or presaging, from the Depth Of knowledge past or present, could have fear'd , How such united force of Gods, how such As stood like these, could ever know repulse?

For mee be witness all the Host of Heav'n , [ ] If counsels different, or danger shun'd By me, have lost our hopes. But he who reigns Monarch in Heav'n , till then as one secure Sat on his Throne, upheld by old repute, Consent or custome , and his Regal State [ ] Put forth at full, but still his strength conceal'd , Which tempted our attempt, and wrought our fall. Henceforth his might we know, and know our own So as not either to provoke, or dread New warr , provok't ; our better part remains [ ] To work in close design, by fraud or guile What force effected not: that he no less At length from us may find, who overcomes By force, hath overcome but half his foe.

But these thoughts Full Counsel must mature: Peace is despaird , [ ] For who can think Submission? Warr then, Warr Open or understood must be resolv'd. He spake: and to confirm his words, out-flew Millions of flaming swords, drawn from the thighs Of mighty Cherubim ; the sudden blaze [ ] Far round illumin'd hell: highly they rag'd Against the Highest, and fierce with grasped arms Clash'd on thir sounding Shields the din of war, Hurling defiance toward the vault of Heav'n. There stood a Hill not far whose griesly top [ ] Belch'd fire and rowling smoak ; the rest entire Shon with a glossie scurff , undoubted sign That in his womb was hid metallic Ore, The work of Sulphur.

Thither wing'd with speed A numerous Brigad hasten'd. Mammon led them on, Mammon, the least erected Spirit that fell From heav'n , for ev'n in heav'n his looks and thoughts [ ] Were always downward bent , admiring more The riches of Heav'ns pavement, trod'n Gold, Then aught divine or holy else enjoy'd In vision beatific : by him first Men also, and by his suggestion taught, [ ] Ransack'd the Center , and with impious hands Rifl'd the bowels of thir mother Earth For Treasures better hid.

Soon had his crew Op'nd into the Hill a spacious wound And dig'd out ribs of Gold.

Let none admire [ ] That riches grow in Hell; that soyle may best Deserve the precious bane. And here let those Who boast in mortal things, and wond'ring tell Of Babel, and the works of Memphian Kings Learn how thir greatest Monuments of Fame, [ ] And Strength and Art are easily out-done By Spirits reprobate, and in an hour What in an age they with incessant toyle And hands innumerable scarce perform. Nigh on the Plain in many cells prepar'd , [ ] That underneath had veins of liquid fire Sluc'd from the Lake, a second multitude With wondrous Art found out the massie Ore, Severing each kind, and scum'd the Bullion dross: A third as soon had form'd within the ground [ ] A various mould , and from the boyling cells By strange conveyance fill'd each hollow nook, As in an Organ from one blast of wind To many a row of Pipes the sound-board breaths.

Th' ascending pile Stood fixt her stately highth , and strait the dores Op'ning thir brazen foulds discover wide Within, her ample spaces, o're the smooth [ ] And level pavement: from the arched roof Pendant by suttle Magic many a row Of Starry Lamps and blazing Cressets fed With Naphtha and Asphaltus yeilded light As from a sky. The hasty multitude [ ] Admiring enter'd , and the work some praise And some the Architect: his hand was known In Heav'n by many a Towred structure high, Where Scepter'd Angels held thir residence, And sat as Princes, whom the supreme King [ ] Exalted to such power, and gave to rule, Each in his Hierarchie , the Orders bright.

As Bees In spring time, when the Sun with Taurus rides, Pour forth thir populous youth about the Hive [ ] In clusters; they among fresh dews and flowers Flie to and fro, or on the smoothed Plank, The suburb of thir Straw-built Cittadel , New rub'd with Baum , expatiate and confer Thir State affairs.

Have Smartphones Destroyed a Generation? - The Atlantic

So thick the aerie crowd [ ] Swarm'd and were straitn'd ; till the Signal giv'n. Behold a wonder! Thus incorporeal Spirits to smallest forms Reduc'd thir shapes immense, and were at large, [ ] Though without number still amidst the Hall Of that infernal Court. I got lost out there in New Mexico Nothing to lose, nowhere to go I got lost when my lucky stars crossed.

That night I dreamt about Fort Stanton Though I didn't know to call it that yet And the night wrapped me up in its long dark embrace I had that same expression on as that one picture of my face. Which was all anyone would ever know about me After my visitors got done with me I lay down singing on the porch, blood streaming from my mouth Sounded kind of like Paul Westerberg but to tell you the truth. Lob some spit at the window Watch it run down the pane It's only the guilty who concern themselves With clearing their names. You bring tidings of hope, false tidings When you come here There's two friends who did me wrong that you're protecting It's so clear.

Facebook Goodreads Email. From Pg. Yes, he thought, that described it. Chasmed fears. Both their own, and the murderers. Across tables across the province he and Gamache had sat. Just like this. I remember when my mother gave me the tiny booklet with the green cover and told me it was one of her favourite poems. It is not. The Hound of Heaven quickly became one of my favourite poems, to the extent that I memorized it.

I suspect I loved it because it described my relationship to God, at that time. Believing, but afraid of what God might ask of me. Especially, perhaps, Bury Your Dead. The struggle to believe, to trust, to give up, in the face of terrible reasons not to. To face those chasmed fears. In my life. In yours.

Of age, of stability, of calm and peace.

Of old- fashioned polish, of wood, of words bound in worn leather. So evocative, no? How quickly not just memories, but feelings, come back. Like Armand, and probably like you, I cherish the smell of books. Opening one and smelling that distinctive scent. And then, put hundreds, thousands, together in an old library, and what do you have?

A haven. Exactly what Armand needs.


He longed for it, for blessed solitude. With time. And maybe he was right. His strength was coming back, why not his sanity? Of being haunted. Of both wanting that ghostly companionship, but also longing to move forward. Out of crushing grief. The attachment here is with a barb.

This memory, this boy, is connected to Armand, without respite.


Both a companion and an accusation. He had to. And that the conscious mind could only control so much, and so long. Before it broke. They happen, but not often. And when you see one you ask questions. Seems far to facile, too cliched. But when I do, it is done very carefully, very consciously. I hope, in this case, it works. I love how your books take me places. Not always physical cities, but places in my own life to revisit. I also seek respite and find it in old friends and new places. Thank you — I can not wait for August. Bury Your Dead is my favourite Gamache book so far. The raw emotions leaped from the pages into my heart. Each of your books touch me but that one has stayed with me. 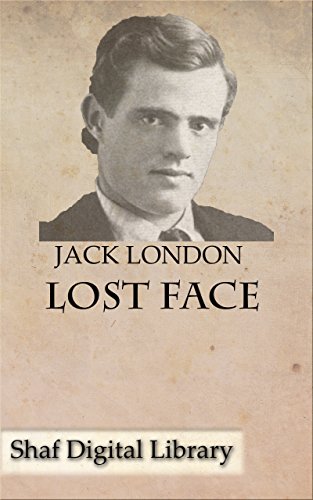 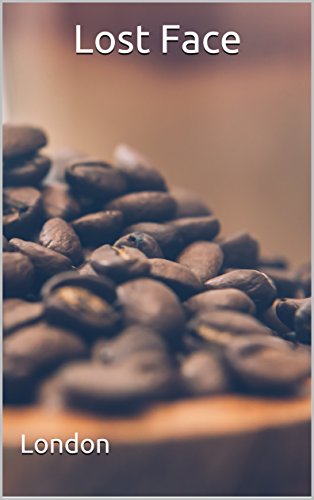 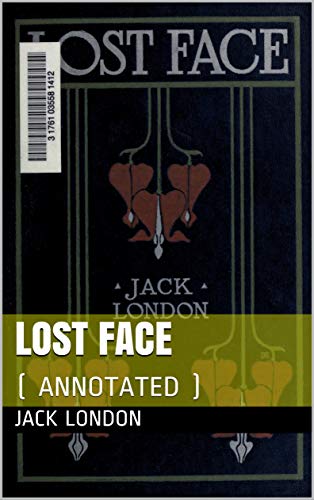 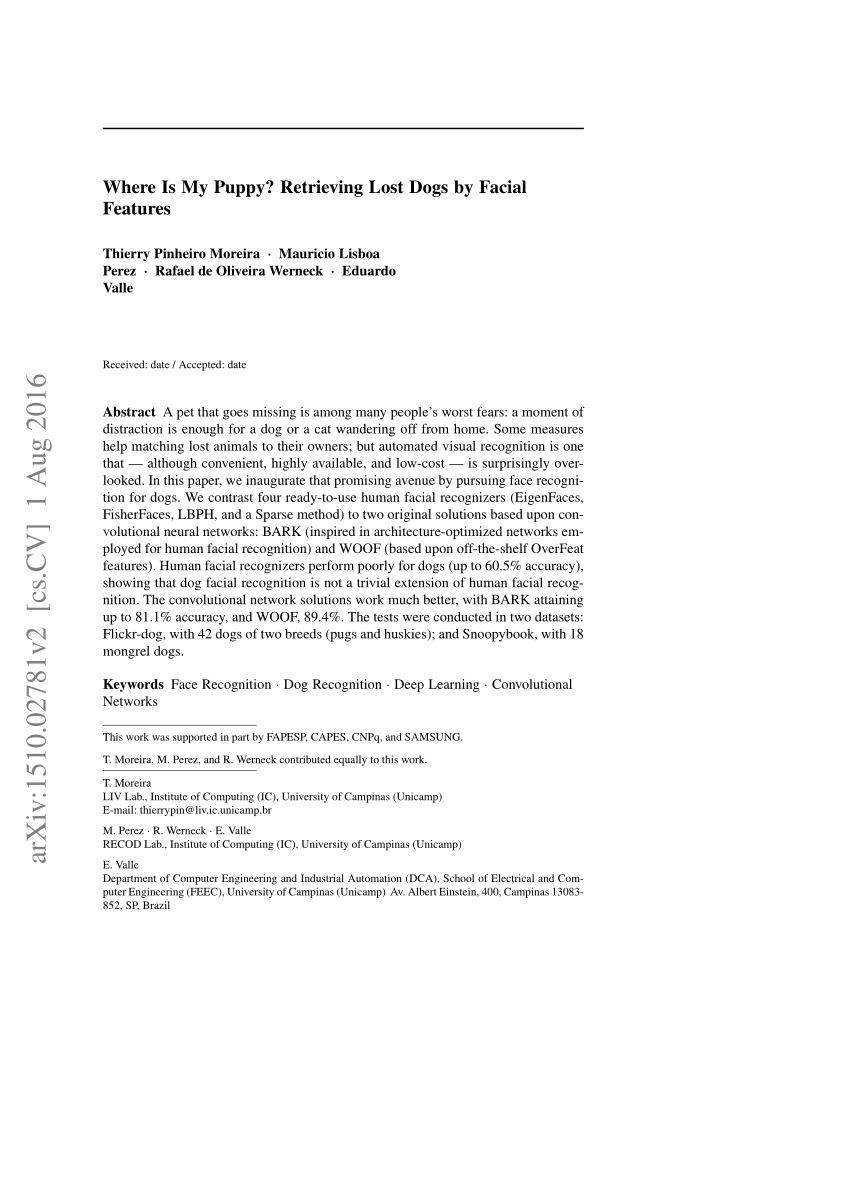 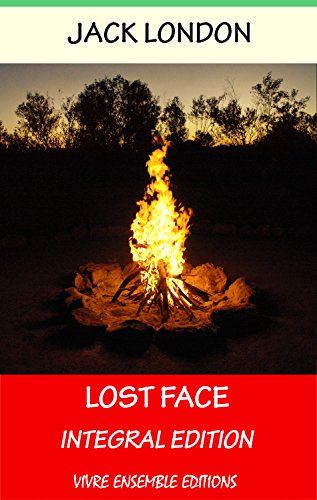