Assuming the teachers worked during all ten of the preparation periods provided for in the contract, and if we deduct their minute "duty-free" lunch periods, I estimate that they worked a maximum of 28 hours per week, or about 1, hours per year. That's higher than the rate earned by employees with the city's top civil-service titles.

I don't know if 5 percent or 50 percent of the city's teachers work to the contractual minimum. And—scandalously—the Board of Education and city hall are also in the dark about the productivity of the system's teachers. In the past, the Board's labor negotiators tried to raise the issue of monitoring the number of hours teachers work. It's unthinkable that managers of the city's police, fire, sanitation, or transportation agencies could do their job of trying to improve services without data on worker productivity.

In public education, however, the city has agreed to ignore such basic management information. Worse, it doesn't matter, since all teachers get the same base salary, no matter how many hours they work or how effective they are in the classroom. Teachers get raises merely for showing up for another school year or for accumulating more education course credits, not for working hard and doing well. T his pervasive culture of mediocrity and time-serving takes a devastating toll on more ambitious teachers.

Following Siegel around for an entire year at Seward Park High School on the Lower East Side, Freedman was able to demonstrate just how much one teacher can accomplish with disadvantaged minority students through sheer hard work and determination. Freedman's reporting suggests that Siegel probably worked more than 60 hours per week, despite being at the low end of the salary scale.

The book also makes clear that the system's bureaucracy and the UFT not only did not encourage Siegel but were obstacles she had to struggle to overcome. The union chapter chairperson at the school had a cushy assignment that put her in a classroom for no more than 90 minutes a day—after which she did everything she could to stifle Siegel's creative proposals to improve the school's performance.

By the time Freedman's book came out, Jessica Siegel had bailed out of teaching, having lasted ten years. Instead of allowing a system of incentives that would encourage more Jessica Siegels to enter the classroom and stay in teaching, the union has been investing its energies in building its political power to ensure that won't happen.

L ast July over 10, public school employees from every state in the union descended on Washington for the NEA's 75th annual representative assembly. Many were longtime union activists who had been coming to the conventions for years, with their very wealthy union paying their expenses.

All believed passionately that public education was under siege by the political right and profit-hungry corporations. One morning over coffee, a delegate from Connecticut told me that his school board was considering contracting with a private vendor to provide food services for the district's schools. His NEA local was mobilizing to fight this proposal, the delegate approvingly reported, because it was a step on the road toward privatizing all the school district's education services.

The NEA wants public education preserved as an enterprise-free zone. Jersey City is a case in point.

Last year, Mayor Brett Schundler came up with a plan to give some poor students trapped in failing public schools tax-funded scholarships. When the state blocked Schundler's initiative, a local Pepsico distributor offered to pay for some of the scholarships. Speakers at the NEA convention threatened similar dire consequences, including more boycotts, for any company that dared to poach on the union's preserve.


It was hardly surprising that the delegates would be preoccupied with the specter of privatization and vouchers. But what was astonishing is that this once conservative organization now favors a political and cultural agenda not only to the left of the national political mainstream but also far to the left of the Democratic Party. It was as if the veterans of the Berkeley Free Speech Movement had taken off their tie-dyed T-shirts, cut their hair, put on 30 pounds, and taken over the Rotary Club.

Besides electing new officers and listening to a lot of speeches, the delegates spent their days at the convention passing resolutions on almost every issue under the sun—from federal housing and immigration policy to nuclear testing and the World Court to support for the special rights of every aggrieved racial, ethnic, gender, sexual-preference, and "otherwise-abled" group, subgroup, and tribe in America.

It also doesn't believe Medicare is in trouble and opposes any premium increases. It favors a national single-payer health plan supported entirely by tax revenues, full funding for Head Start programs, and a huge increase in federal spending on education—especially for "disadvantaged students," immigrant and American Indian students, and students with disabilities. It would be an understatement to say that the NEA favors an expansion of the welfare state.

Its economic program more closely resembles the most radical of the European socialist parties. T he debate on education policy during last year's presidential election made much of the potential fragmenting effects on our civic culture of proposals like school choice or vouchers. Opponents of these experiments argued they would undermine the public schools, society's only means for inculcating children in our common civic heritage.

They conjured up all sorts of imaginary horribles, including the specter that families would use vouchers to enroll their children in "David Duke schools," black nationalist schools, even schools that taught witchcraft. As New Republic editor Michael Kelly has summed up the case: "Public money is shared money, and it is to be used for the furtherance of shared values, in the interests of e pluribus unum.

Charter schools and their like. Welcome to the NEA convention, Mr. No charter schools or vouchers allowed, but not much unum either. This assembly of 10, public school employees celebrated not our common heritage but rather the disuniting of America. A standing convention resolution requires a set-aside of 20 percent of the convention seats for certain designated minorities. The NEA also officially recognizes numerous caucuses of the fragmented and oppressed and encourages delegates to join one or another, from the African American caucus, Hispanic caucus, American Indian and Alaska Native caucus, or Asian and Pacific Islander caucus, to the women's caucus or the gay and lesbian caucus.

Each of these splinter groups proposes resolutions almost never opposed by any other group demanding special consideration in education and other domains for their particular ethnic, racial, or gender group. The resolutions add up to a massive assault on precisely those common ideals that the unions always insist are transmitted exclusively by the public schools. I t would be wrong to dismiss NEA convention debates as the adult equivalent of a high school model congress.

The NEA's permanent bureaucracy takes the resolutions very seriously. Through its 1, field representatives assigned to state and local affiliates and through its permanent Capitol Hill lobbying staff, it works hard to get the convention agenda implemented by Congress and state legislatures and infused into the culture of the schools. The results include everything from distributing a classroom guidebook on sexual harassment by militant feminist Nan Stein of the Wellesley College Woman's Center, to "urg[ing] the appropriate government agencies to provide all materials and instruments necessary for left-handed students to achieve on an equal basis with their right-handed counterparts.

No matter that the voters don't support NEA's diversity and affirmative action agenda: this is America, where you can go straight to the courts.

Chanin's primary mission, naturally, is to throw up legal challenges to every piece of legislation passed by democratically elected bodies that might free some children from the monopolistic public education system. But in addition, he intervenes in major court battles involving the pet issues of the Left. At the convention, Chanin spoke to the delegates about the NEA's amicus briefs on behalf of gay rights in Colorado, sexual integration of the all-male Citadel, and racial preferences in admissions at the University of Texas Law School.

The NEA position had prevailed only in the first two cases, he reported, but racial quotas in the Lone Star State might fare better on appeal. A fter the presidential election and the State of the Union address, with all its emoting about education, the two national teachers' unions may seem more powerful than ever. And with the NEA and the AFT seriously pursuing merger negotiations, a single national union might soon represent 3 million public school employees.

It would be the biggest union not just in America but in the world. Nevertheless, the teachers' unions may not be quite as unassailable as they appear. Despite the millions of dollars they spend on public relations every year, they have been unable to convince the American people that their children's schools and classrooms are in good hands. Not only are the NEA and AFT clearly out of touch politically with the majority of the American people, but they have also positioned themselves far to the left of their own members.

A NEA convention resolution calling for programs to train teachers to give "accurate portrayals of the roles and contributions of gay, lesbian, and bi-sexual people throughout history," for example, produced a ferocious backlash within the NEA's own membership, particularly in the South.

When union teachers began turning in their membership cards and NEA locals faced losing their designation as exclusive bargaining agent, union leaders had to retreat. They showed that teachers, far from being way out on the left with their union leaders, were right in the American mainstream. By comparison, non-teachers went 51 percent for Reagan, 40 percent for Carter, and 6 percent for Anderson. Some 45 percent of teachers identified themselves as Democrats, 28 percent as Republicans, and 26 percent as independents—almost exactly mirroring the rest of the voting population.

New York City 1968 wasn’t a teachers strike; it was a community insurrection.

The exit polling produced very similar numbers. T he difference in political outlook between the teachers themselves and their union leaders has given rise to some upstart organizations that, though still small, represent a serious enough challenge to the big unions' monopoly to make them uneasy. When he speaks to teachers, he tells them that they don't actually have to pay dues to a union that seems more interested in gay rights than in getting children to read, that instead they can be members of professional teacher organizations that focus on educating children and still provide such necessities as insurance.

In "right-to-work" states such as Georgia and Texas, where teachers are not coerced into joining unions, independent teachers' groups now have more members than either the NEA or AFT. Even in "union shop" states, many teachers chafe at the unions' political monopoly. And now many of those same teachers have formed their own independent professional organization, the Professional Educators Group of California.

The foundation expects the number of teachers defecting from the NEA to climb into the thousands next year. 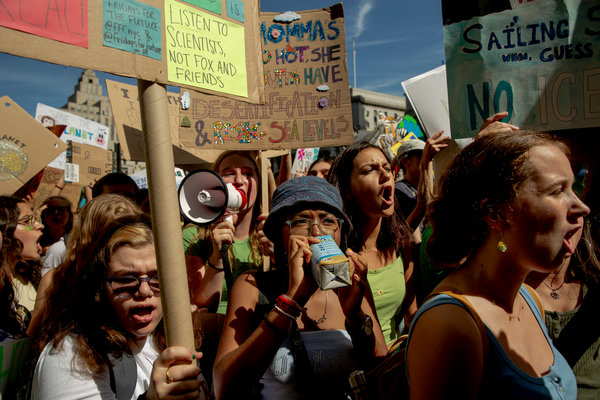 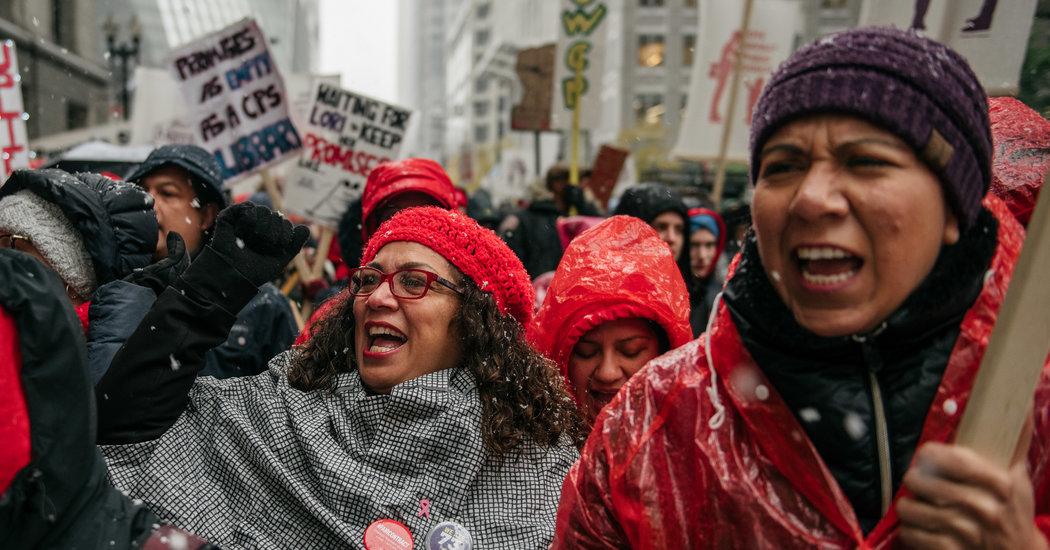